In the Peruvian highlands, a master craftsman oversees a 300-year-old bridge-weaving tradition, ensuring that the last surviving footbridge of the Incan empire continues to connect the Arisapana family’s past to its future. As Victoriano’s three children grow into adulthood, he struggles to maintain this ancient landmark and all it represents, as his sons and daughter hear the call of the city and a different kind of life. Just two weeks before her first day of high school, Victoriano learns that his daughter Ruth Laurita has disappeared. Though once a dedicated student and bold young trailblazer, she’s fallen in love and run away with her older boyfriend.

Victoriano’s emotional search for her takes him from the sweeping mountains of the Andean highlands to the bustling streets of the city and back again, even as his quest to safeguard the ancient tradition of his people against the threats of globalization gains worldwide attention. The Bridge Master’s Daughter is a story as intricately woven as the ropes of the Incan bridge itself, as Ruth Laurita’s journey toward self-empowerment becomes mired in the unfortunate cycle of patriarchal oppression; Victoriano’s ability to balance his obligations to his people and his family is tested; and they each face the inherent conflict of a culture both threatened by change and eager for it. 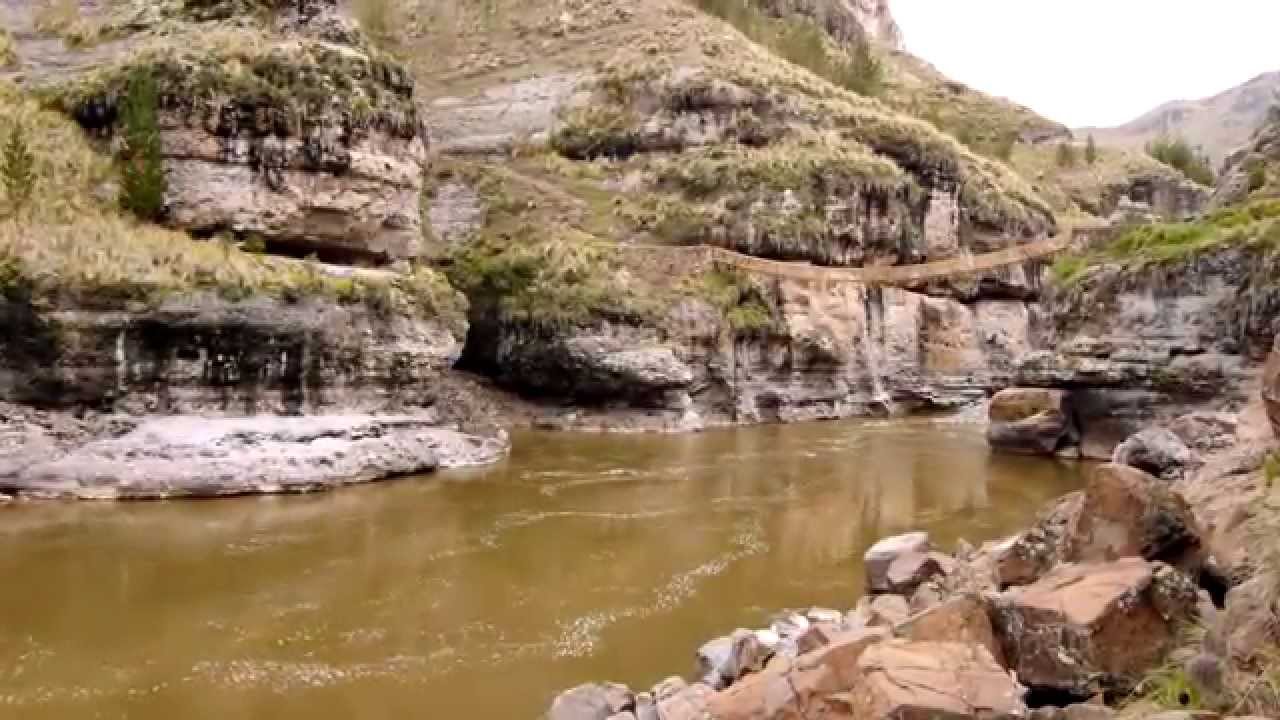 Trailer for The Bridge Master’s Daughter

The patriarch of the Arisapana family, Victoriano swells with pride when describing his role as Bridge Master. He smiles through broken teeth, stained by coca leaves, and tells the story of his ancestors using the bridge to escape from the Spanish conquistadors. His body bears the marks of rough living in a hard place, but he doesn’t begrudge the bridge the toll it’s taken on him. Victoriano knows the Apu, the mountain spirit of the bridge, watches over those who honor it, protects those who follow the traditions. He raised his children to pay tribute to the Q’eswachaka Apu, though his sons have long since followed the bright lights of possibility to the big city. But he clings to his belief that this land has a hold on them, and that no matter where they go, his children will return to him and to their bridge.

Victoriano’s eldest can pull his weight on the farm, but his heart is with his music. Unlike his father, Vidal not only finished high school, but continued studying, moving to Lima to take additional classes, find work and play with his band. His life is full and his art takes him around the country performing raucous Quechua dance music to packed out crowds of his fellow Andean wanderers. He sends money home and returns when he can, to give his father a hand with the crops and tease his little sister, but for Vidal, the village doesn’t have enough to offer.

Under her downturned dark eyes and her meek exterior, Victoriano’s teenage daughter has a fiery nature. When Ruth Laurita was young, her mother and stepfather sent her to the city to work in a juice shop. After two years of verbal and physical abuse, the resourceful 12-year-old hopped a bus back to her remote village and moved in with her father. Victoriano was overjoyed and immediately enrolled her in school, where she has been studying hard to make up for lost time. She has built a life here, yet her fierce spirit bristles at the limitations that surround her. Ruth Laurita knows that in spite of being the only one of his children to stay by Victoriano’s side, the mountain spirits would never allow a woman to weave the bridge. This simple farm has been a haven for Ruth Laurita the last few years, but can it offer her a future?

Victorianos’ second son had no idea that the bridge weaver down the mountain was his father until he graduated from high school. On the outside, Yuri is a tough ladies’ man, working hard to make it big in the city. But underneath he struggles with a profound insecurity in a strained relationship with a father he never knew as a child. In spite of the thinly veiled bitterness Yuri feels for him, Victoriano claims Yuri, the “most macho” of his boys, should be the one to follow him as Bridge Master.

Elisa is a Peruvian-American independent filmmaker who was raised in Peru. She studied film in Vancouver, B.C. where she co-founded Noonday Films. Her company has produced award-winning documentaries about guerrilla gardening in Vancouver, B.C., children with HIV/AIDS in Honduras (Crystal Heart Award, Heartland Film Festival), and elderly activists in the United States (DER Award, Hot Docs Festival).

The Bridge Master’s Daughter was born out of Elisa’s deep love of Peru and her passion for the stories of her people. As a Peruvian women Elisa has been allowed access to a significant aspect of Andean culture, which has been reflected in the intimacy of the shooting for this film.

In 2014, Elisa produced a video on the Qeswachaka bridge for the Smithsonian’s exhibition, “The Great Inka Road: Engineering an Empire.” Her bridge footage has been broadcast on Discovery Science and TVPERU.